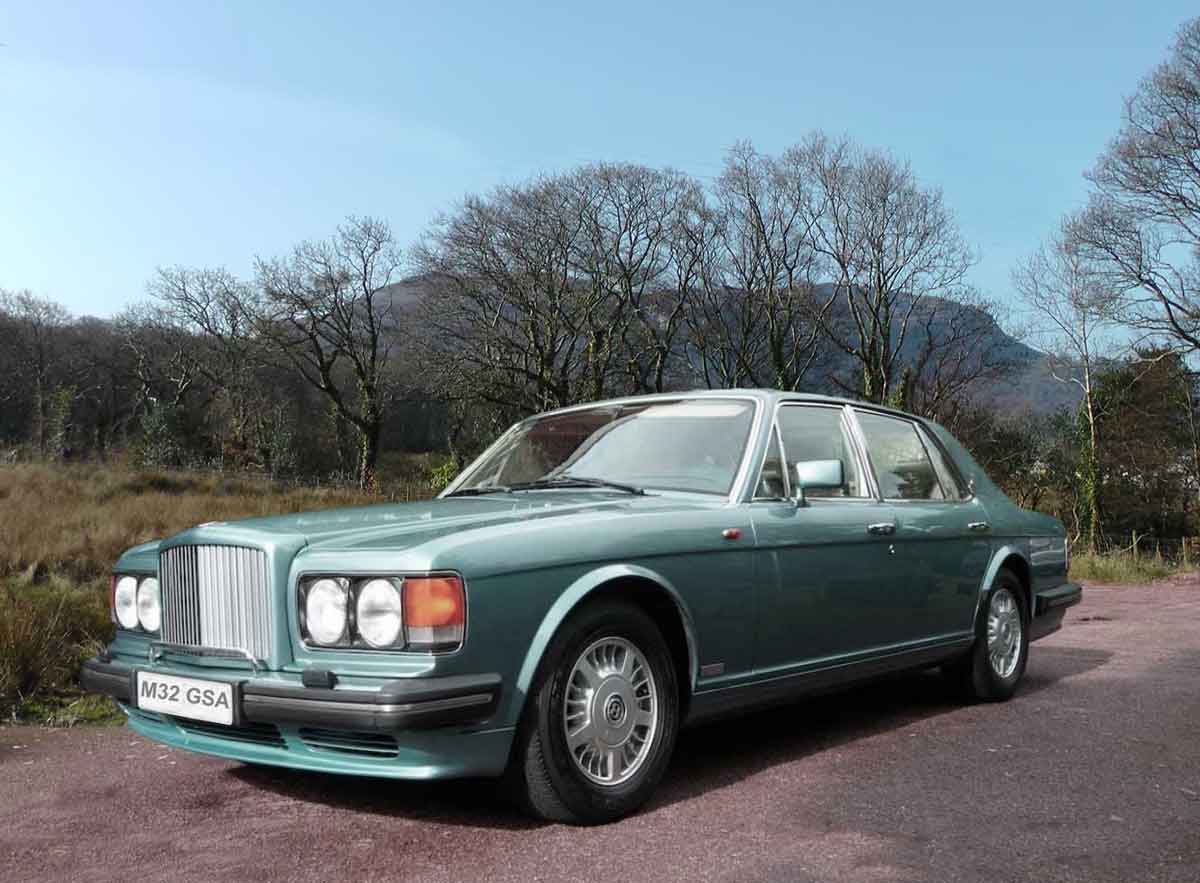 By 1971 Rolls-Royce Ltd had gone bust. It's expansion into the defence industry had been largely very profitable but problems came in developing a new engine, the RB211 turbofan for the American Lockheed Aircraft Corporation. Any normal car company would have been allowed to be broken up and sold off but this was a company whose demise would have had serious defence implications - let alone the effect that this would have on unemployment. The company was nationalised; and after an unsuccessful attempt to float it on the stock exchange the car division was merged with Vickers, which itself was effectively government owned. New people were now in charge.

Between the demise of the R Type Bentley and the introduction of the Mulsanne Turbo in 1983 it almost seemed as if Rolls-Royce were deliberately trying to stamp out the Bentley brand since every one that came out was just a Rolls-Royce with a different badge and a few minor cosmetic changes. The Mulsanne Turbo changed all that. With a 6750 cc aluminium alloy V8 engine and a turbocharger pumping out an estimated 298 bhp and nought to sixty in around seven seconds this was luxury motoring but with power to spare.

There was only one problem. It simply didn't handle very well. It was okay in a straight line but the soft ride made it feel definitely insecure during high speed turns, particularly if the brakes were used at the same time. It was time for a redesign and in 1985 the Turbo R was launched. Why 'R'? It stood for roadholding. And that was something this car did extremely well.

It had intended at first to sell the Mulsanne and The Turbo R side-by-side but the reactions of the motoring press and independent reviewers were so enthusiastic about the new model that a decision was made to drop the Mulsanne early. Even so there was a number of them still at various stages of manufacture and the Mulsanne could still be bought for several years – assuming that a buyer would want one when there was a much better model available.

With a stiffer suspension and wider tyres on alloy wheels (only traditional diehards objected to them) the Turbo R's roadholding and manoeuvrability improved dramatically and engine improvements pushed the power up to around 350 brake horsepower with a top speed of 150mph. This was not only a very luxurious car but also an extreme sports car at the same time!

Rolls Royce were however still stuck with a lot of Mulsanne parts! What to do with them? An even more powerful 400 brake horsepower turbocharged V8 6.75 litre engine with an engine management system originally brought out for Formula One racing was introduced; this was the final, and most expensive, of the Turbo R range. It was so powerful that the speed was limited to 150 mph. This was only a stopgap however before the introduction of the Arnage and only 252 of them were made.

If you fancy buying one there are still some used ones available at prices from around £13,000 upwards, although the cost of insuring one may make your eyes water!

Next: The Bentley Azure