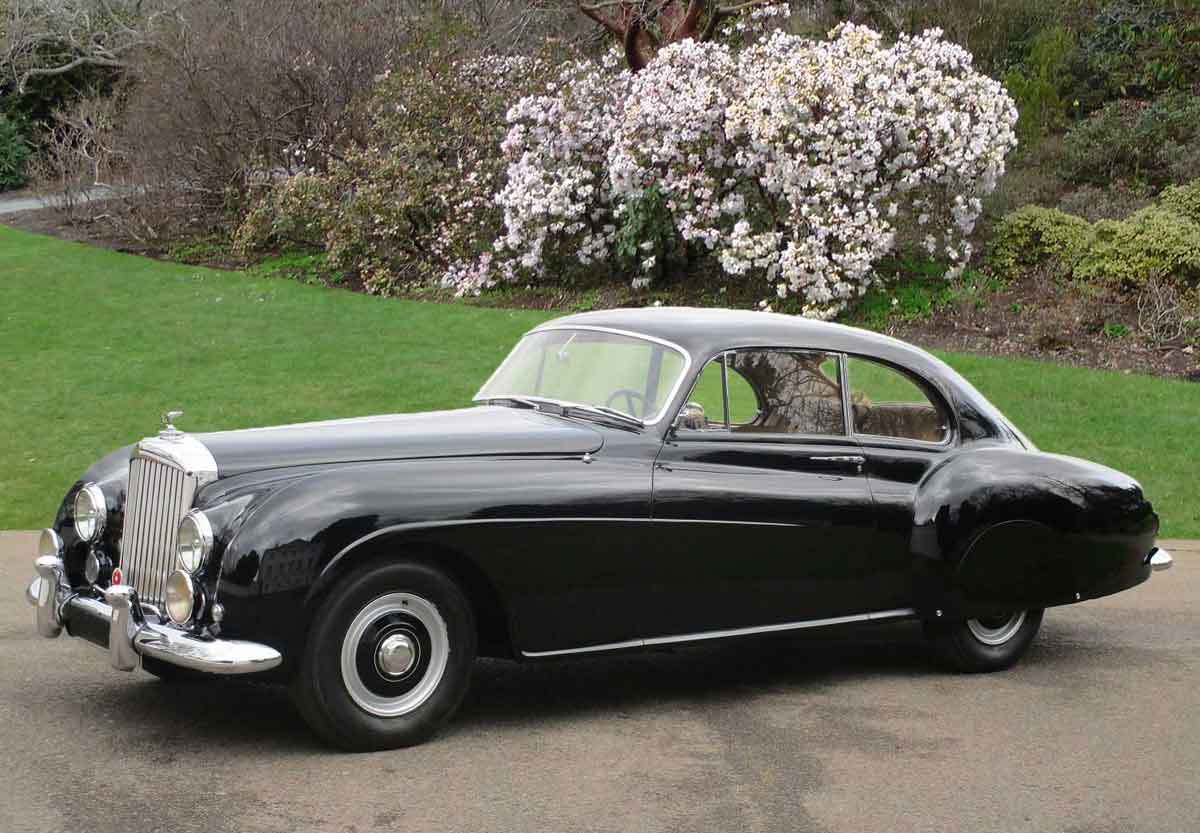 More than 20 years after Rolls-Royce had taken over Bentley the reputation of that company for quality and reliability still survived. This can be seen in the fact that around three times as many Bentley R Types were sold as the almost identical Rolls-Royce Silver Dawn; the only differences, at least initially, were in carburation, radiator grille, badges and mascot. By this time however RR had pretty much given up creating cars for the extremely wealthy, and settled for those more suited to the just reasonably wealthy.

The main selling points of the R Type were speed, and the comfortable ride. As usual they were manufactured by hand at Rolls-Royce's Crewe factory. As with the Silver Dawn the buyer could choose from a number of different coachbuilders to provide their own bodywork; or they could opt for the manufacturer's own body. The standard body for the Bentley differed somewhat from that of the Silver Dawn; whereas the latter was more traditional and stately, Bentley's was more tapering and gave more of an impression of speed. In short, it looked like a very large sports car.

The engine was a 4.6 litre straight six engine producing approximately 130 brake horsepower. Just over 2300 were built before production ceased in 1955.

A two door sportier version, the R Type Continental, was introduced in 1952. Initially the main difference with the basic model was in fine tuning with an increased compression ratio and a lighter body produced by coachbuilders J R Mulliner. This was strongly influenced by wind tunnel tests and it had rear fins, not just for show but to keep the car firmly on the road and stable during crosswinds. Buyers could still choose their own coachbuilders if they wished but the majority plumped for the Mulliner body.

The engine of the Continental now produced 150 brake horsepower giving a maximum speed of about 117 mph and acceleration from nought to 60 of about 9.4 seconds. From 1954 onwards a larger 4.9 litre engine was available.

Whilst the name 'Continental' might suggest that this car was built for the export market this was not the case; about 165 were right hand drive for the UK market and just 43 were built with left-hand drive, mainly for the American market.

The Continental was finished to the highest possible standards, and built to last. Quite a lot of them have survived to this day, and they are still in reasonable demand with an average auction price, for one in reasonable condition, in excess of £30,000 although unrestored models can be bought for much less.

Next: The S3 Continental