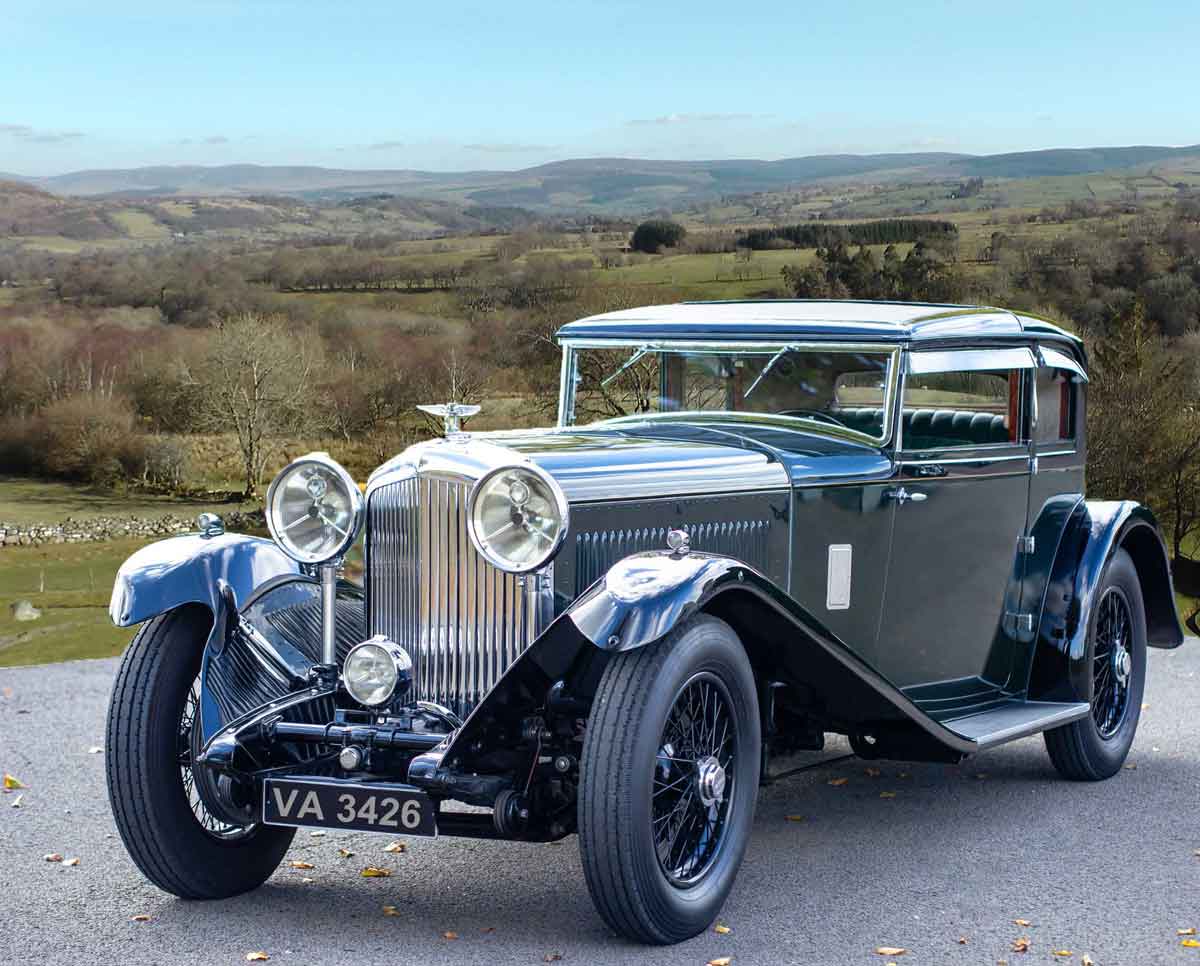 By 1930 the finances of Bentley Motors were precarious indeed. Despite magnificent racing successes they were still not able to sell enough cars for a high enough price to make a profit. There was already a large number of manufacturers battling for the market for smaller and cheaper cars; but as far as Britain was concerned there was only one real competitor for the ultra luxury market; Rolls-Royce.

Walter Bentley decided to take them on by producing the most luxurious car of it's day; the 8 Litre.

For the 1930s this was a very advanced luxury motorcar. The engine was a straight six cylinder unit featuring, as usual with Bentley, four valves per cylinder, aluminium alloy pistons, twin spark ignition, and a new innovation, a crankcase made of a magnesium alloy called, after it's maker, Elektron. This was mounted on rubber bushes to reduce internal vibration and with approximately 220 brake horsepower it was claimed by Bentley to be capable of pushing the car up to 125 mph with a guaranteed top speed of over 100 mph.

As usual the customer bought the rolling chassis from Bentley and they could choose from any of the great coachbuilders to finish the car off; anything from a limousine down to an open two seater.

The car competed head-to-head with Rolls-Royce's Phantom 11; the engine was just as quiet, the ride just as comfortable, the coachwork could be created to whatever the customer desired and, perhaps most importantly from a prestige point of view, it was a good 10 mph faster. Throw in Bentley's legendary reputation for long life and reliability and how could it lose?

Easy. This car was aimed at the very wealthiest section of the world's population. Unfortunately The Great Depression began in the previous year and the market for luxurious cars had all but dried up. Bentley's finances had been shaky for many years and Barnato had been forced to contribute more money on several occasions but rather than ease the company's financial worries the 8 Litre only made them worse. After less than 100 of them had been made the company was placed into receivership.

Rolls-Royce had been seriously worried by competition from Bentley and they decided to take it over. However it had to be bought from the receivers and there was the possibility of a bidding war, particularly if a company as large and wealthy as Rolls-Royce expressed an interest.

The Napier engineering company, which was also currently building luxury cars, put in a bid. However it was topped, at the last minute, by a company called the British Central Equitable Trust; this proved to be just a front organisation, however, for Rolls-Royce!

W.O. Bentley was reported to be incandescent; particularly when he found out that Barnato not only received a considerable sum for his shares but he was also, a few years later, appointed to the board of the new company which by now had been completely absorbed by Rolls-Royce. In the meanwhile W.O was to work under contract for Rolls-Royce until 1935; a poor exchange for the loss of his company car, another magnificent 8 Litre.

Production of the 8 Litre was discontinued after Rolls-Royce took over the company, in order to remove a competitor for their own Phantom.

As a measure of W.O.Bentley's business acumen; he had never registered the Bentley trade name! Rolls-Royce spared no time in doing that themselves. This meant that from then on W.O. had no legal rights whatsoever to interfere in the manufacture of future cars that bore his own name. Rolls Royce indeed didn't allow him to make any major decisions in the future - in fact they kept him as far away from the design decision making process as possible and he left them just as soon as his contract ended to join Lagonda. An era had come to an end.

Next: The R Type