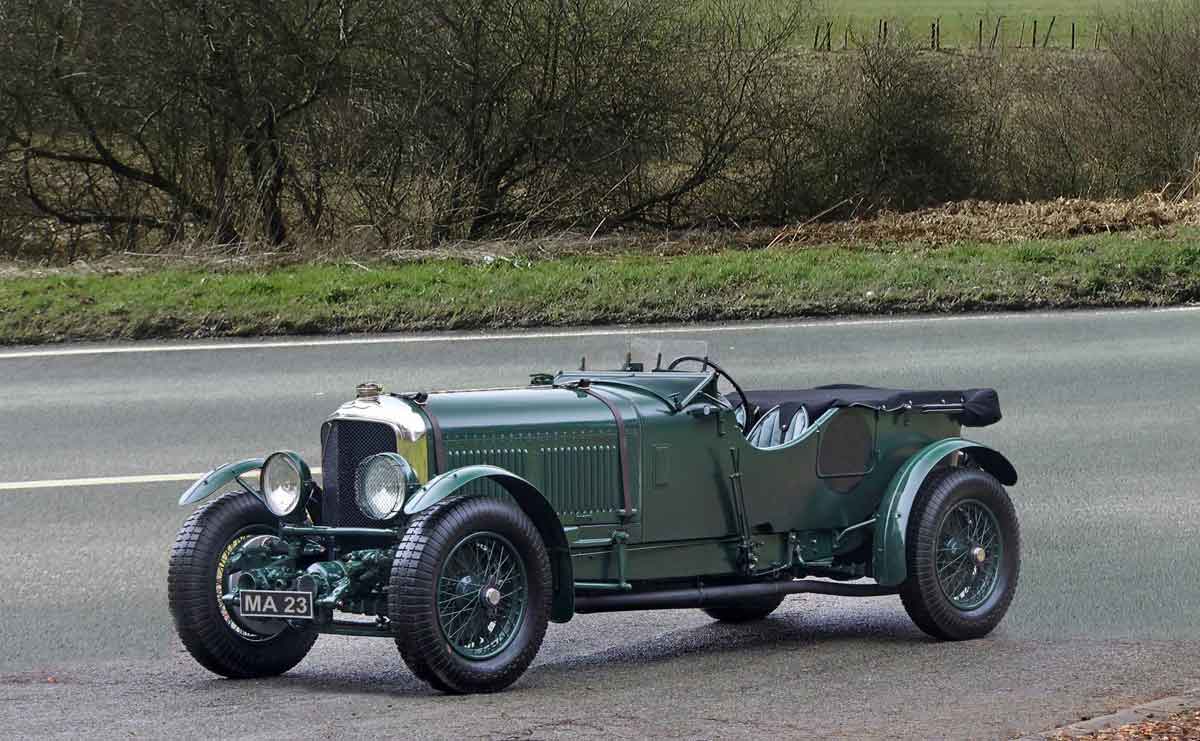 There is a tale, possibly true, that in 1924 Walter Bentley took a prototype car with a 4.25 Litre straight six cylinder engine for a road test, which was a good excuse to drive it to the French Grand Prix. On his way back to the ferry he met up with a Rolls-Royce also driven by a test driver; they had an impromptu race which finished inconclusively when the hat of the Rolls-Royce driver blew off! However Bentley realised that the power of his engine simply wasn't enough to compete with the latest Rollers and so something bigger was necessary. The 6.5 litre engine was the result.

This was one very powerful beast, providing 147 brake horsepower. It was available with a choice of wheelbases and body styles and importantly the larger chassis was suitable for carrying a limousine body. Some of his customers had already put them on his earlier chassis but these were not really suitable. With a larger chassis and more powerful engine this car could be the base of both a racing car and a limo; and Rolls-Royce took note of this and were seriously worried.

In 1928 a racing chassis was brought out and the finished open two seater was named the 'Speed Six'. The tuned up engine now produced over 200 horsepower. Barnato loved it and raced it himself. Apart from coming first at Le Mans in 1929 and 1930 Speed Sixes in the hands of other drivers scored so many notable successes that several other car manufacturers made a policy of not even attempting to race against them!

A much-publicised race took part, not against other cars, but against a train! This, called the 'Blue Train', ran from the French Riviera to London; and Barnato had a bet that he could not only beat it to London, but that he could reach his favourite club in London before the train even reached the railway station at Calais. Despite bad weather, problems finding petrol and a burst tyre he really did pull up outside his London Conservative Club four minutes before the train steamed into Calais Station.

The French authorities were not amused and rumour has it that he was fined far more that he won from his bet; he felt that this was well worth the effort however for the resultant publicity.

Was it really worthwhile? 362 6.5 litre cars were sold, and 182 Speed Sixes. Hardly mass production, and financial difficulties were again accumulating ......

Next: The Bentley 8-Litre